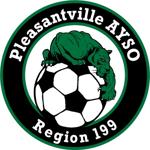 The Pleasantville Youth Soccer Club (PYSC) is a nonprofit organization sponsoring the entry of competitive teams of youth soccer players at levels of U9 (under 9) through High School into the Westchester Youth Soccer League and other soccer leagues in the area. While teams are open to players from other districts, preference must first be given to players from the Pleasantville School District.

We support the aims of Pleasantville AYSO for balanced teams and for long term development of players. This is reflected in our age restriction and in our encouragement of players and parents to volunteer as AYSO referees. 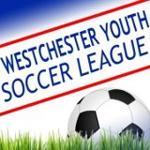 (WYSL) was established in 1977 as a non-profit, educational organization and is now one of the largest leagues in eastern New York. The mission of the League is to foster the physical, mental, and emotional growth and development of youth and build character through the sport of soccer. The WYSL affiliates with US Club Soccer, the fastest growing member of the US Soccer Federation and the governing body for soccer in the United States.

The WYSL sponsors Fall and Spring seasonal travel soccer for its member clubs, including a High School mini-season in November and a Select/Olympic Development Program featuring summer tournament play. Many member clubs offer recreational soccer in their communities and host soccer tournaments. The WYSL offers Coach and Referee Certification Courses, supports the principles of positive coaching, and is a member of the Positive Coaching Alliance.

The League registers more than 17,000 players under the age of 19. The League has over 45 member and guest clubs from Manhattan to the south to Somers in the north, and fields more than 650 girls and boys’ travel soccer teams for its fall and spring seasons. These teams are registered in the Westchester Youth Soccer League and play in the WYSL and various Premier Leagues.

You could win VIP tickets to the 2023 Premier League Mornings Live Fan Fest in Orlando!HOW TO ENTER